If you have any information about these crimes or any person(s) involved, you are urged to call Crime Stoppers at 859-253-2020 or submit a Web Tip .  You do not have to give your name.  CRIME STOPPERS will pay a cash reward of up to $1500 and you can remain anonymous.

On November 25, 2022, the suspects approached the victims leaving the Bar Complex on E. Main Street, and began yelling derogatory comments at the victims. The victims attempted to enter their vehicle to leave, but the suspects tried to remove the victims from the car and spit in one of the victims face. They then caused approximately $1000 worth of damages to the victim's vehicle by breaking the windshield. Due to the nature of the comments, it is being investigated as a hate crime. 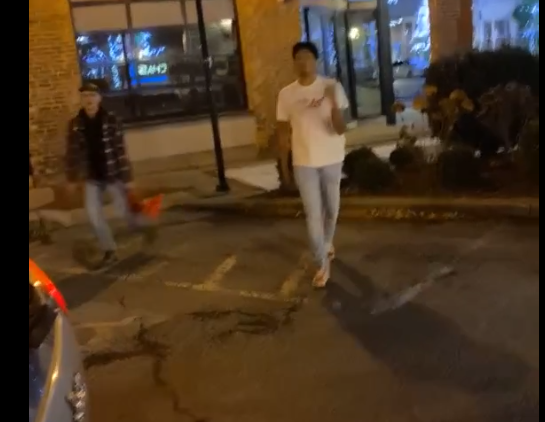 On 11-17-2022 the victim reported to the Lexington Police her wallet was stolen from her vehicle while parked at the Waterstone Apartment Complex on Polo Club Blvd. Six credit cards were stolen and used for over $20,000. The suspects went on a shopping spree to multiple supermarkets, gas and clothing stores in Lexington. The suspects purchased multiple prepaid debit cards, clothing and electronics. 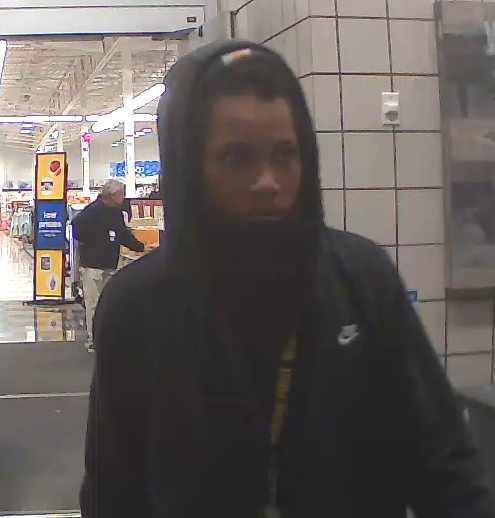 On 12/22/2022 at approximately 0120 the Lexington Police Department was dispatched to 1120 Industry Road(Smart Point) reference an attempted burglary. An employee in a back room heard a loud bang as he entered the front of the store he observed a subject smash the window from outside of the store with a hammer. As the employee ran towards the window three suspects fled towards a dark colored Nissan pickup truck. The estimated damage to the window is $6000 to repair. 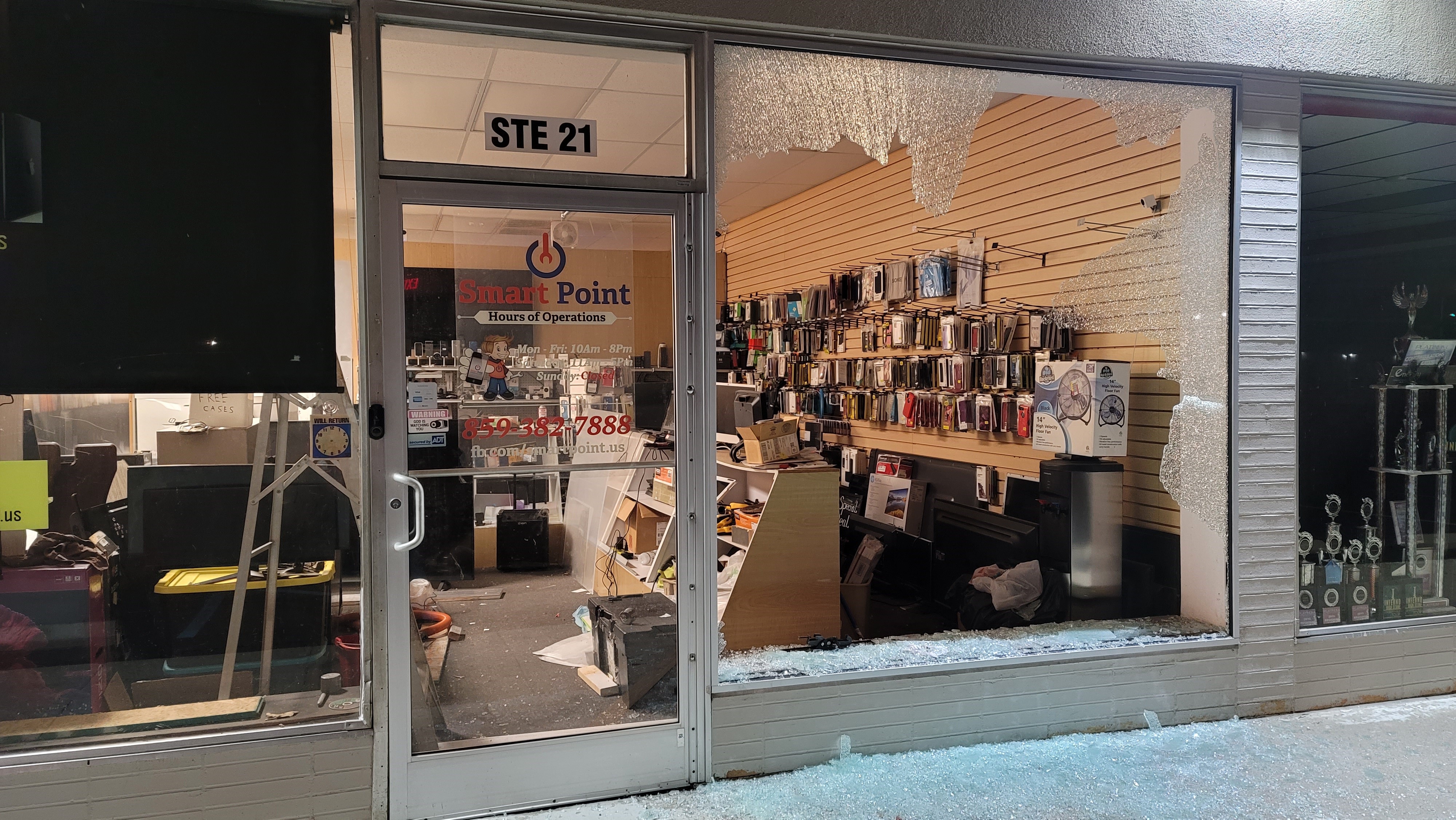 On Friday, December 30 at approximately 1920, officers were dispatched to a report of an assault with a weapon in the 400 block of Bradley Court.  When officers arrived they located a victim partially inside a vehicle suffering from a gunshot wound who was pronounced deceased at the scene. A second victim was located suffering from a serious, but non-life threatening gunshot wound. A third victim approached officers and advised he suffered a graze wound. The Fayette County Coroner identified the deceased as Tyron Shaw. 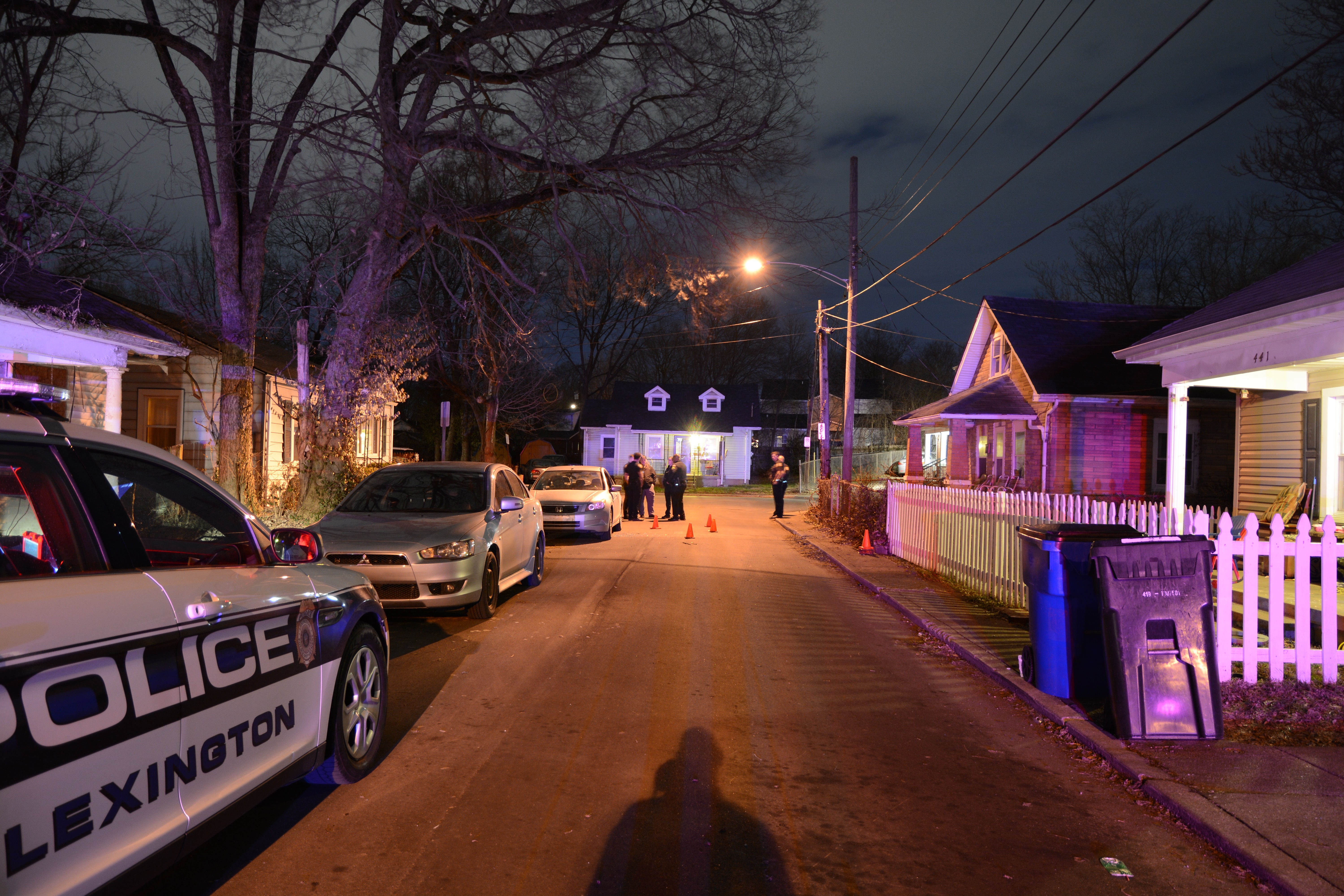 The Lexington Police Department is investigating a robbery that occurred on 08/21/2022 at the Magic Vapor Shop on Richmond Road. Four male’s subjects entered the store wearing masks and proceeded to fill backpacks with various merchandise. The store employee advised one of the subjects slapped his phone out of his hand and struck him in the face before all fled the store. 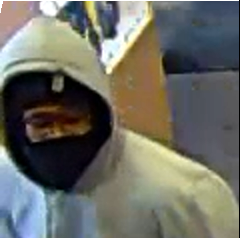 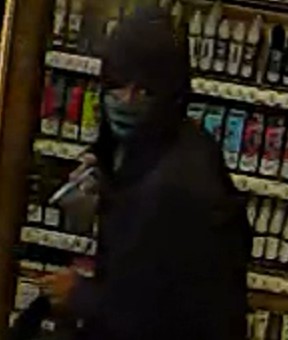 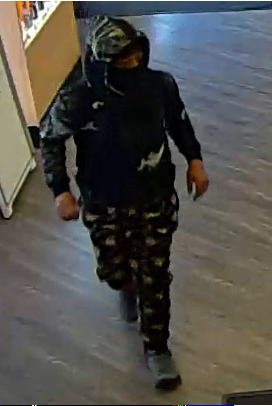 On 11/16/2022, The Lexington Police Department responded to a theft at Fayette Mall. The suspect unlawfully entered the mall via an employee service corridor prior to the mall being opened. He is then observed on camera removing the cash drawer as well as other items from a kiosk. He then leaves the scene in what appears to be a silver/grey Chrysler 300 with front end damage. 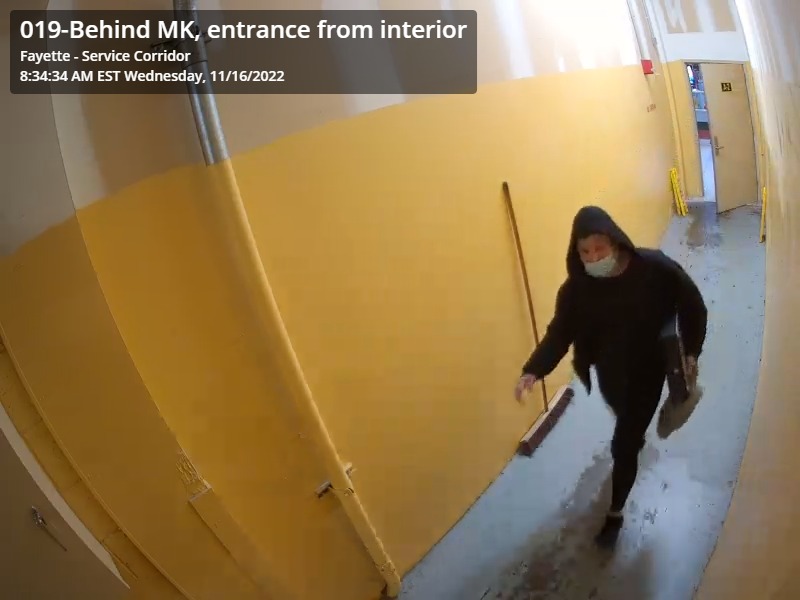 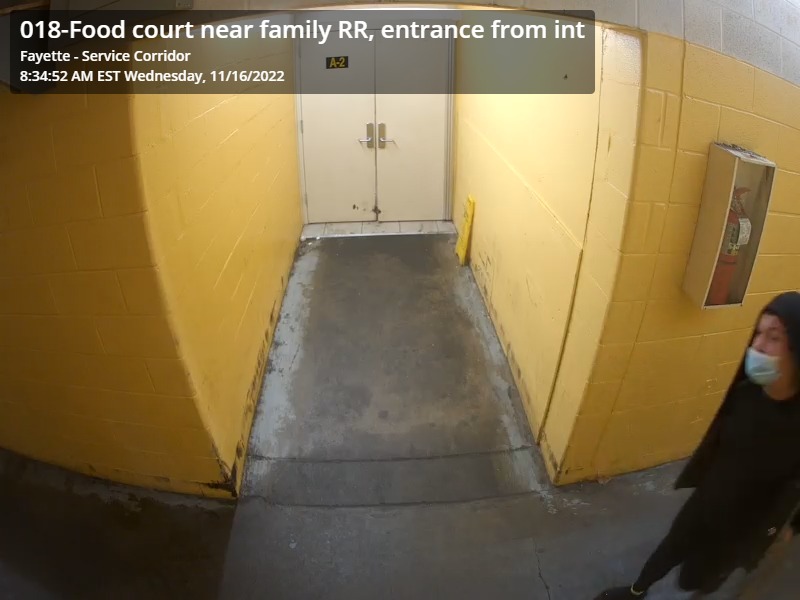 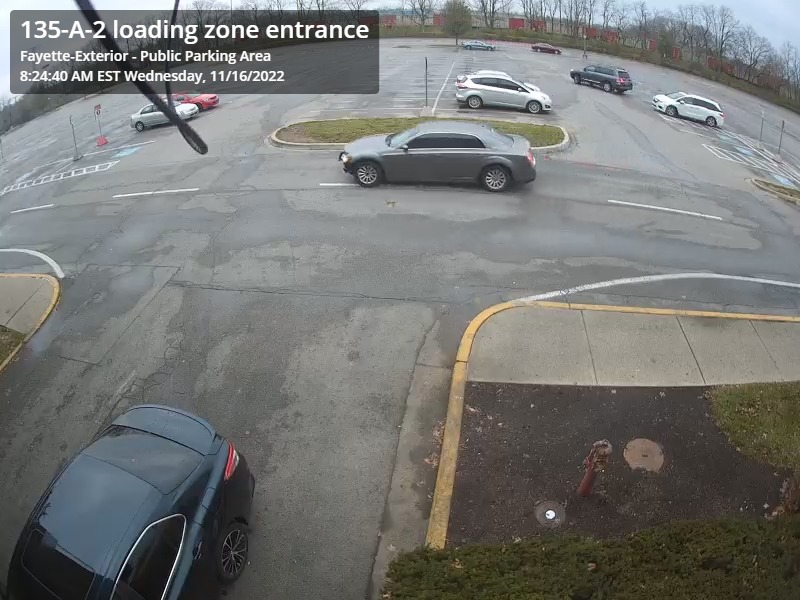 The suspect has been identified, but investigators are still asking for information regarding his location.

On 11/29/2022, the Lexington Police Department responded to a theft at Kay Jewelers in Fayette Mall. The suspect used a jacket to conceal two two spinner display cases of jewelry valued over $10,000 and exited the store, ultimately leaving the mal with the jewelry concealed in a backpack. 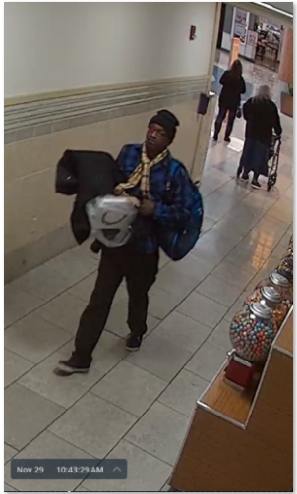 The Lexington Police Department is investigating a Murder that occurred in the 300 block of Darby Creek. The victim was located by responding officers suffering from multiple gunshot wounds. He was transported to University of Kentucky Hospital where he succumbed to his injuries. He was identified as William Edwards by the Fayette County Coroner 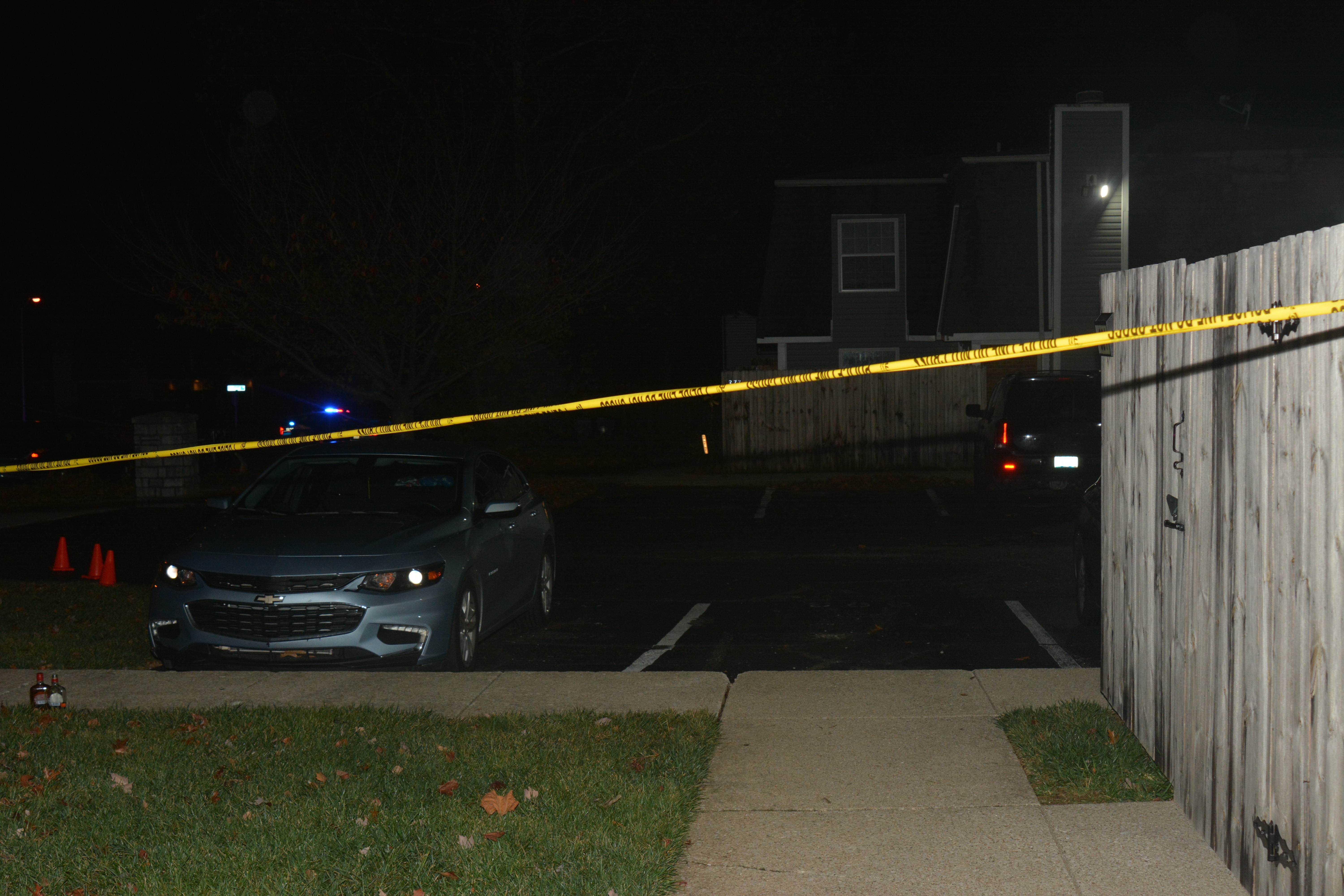 The Lexington Police Department is investigating a murder that occurred in the 2800 block of Yellowstone Parkway. The victim was located by responding officers suffering from multiple gunshot wounds. He was pronounced deceased at the scene. He was identified as Brandon Walker by the Fayette County Coroners office. 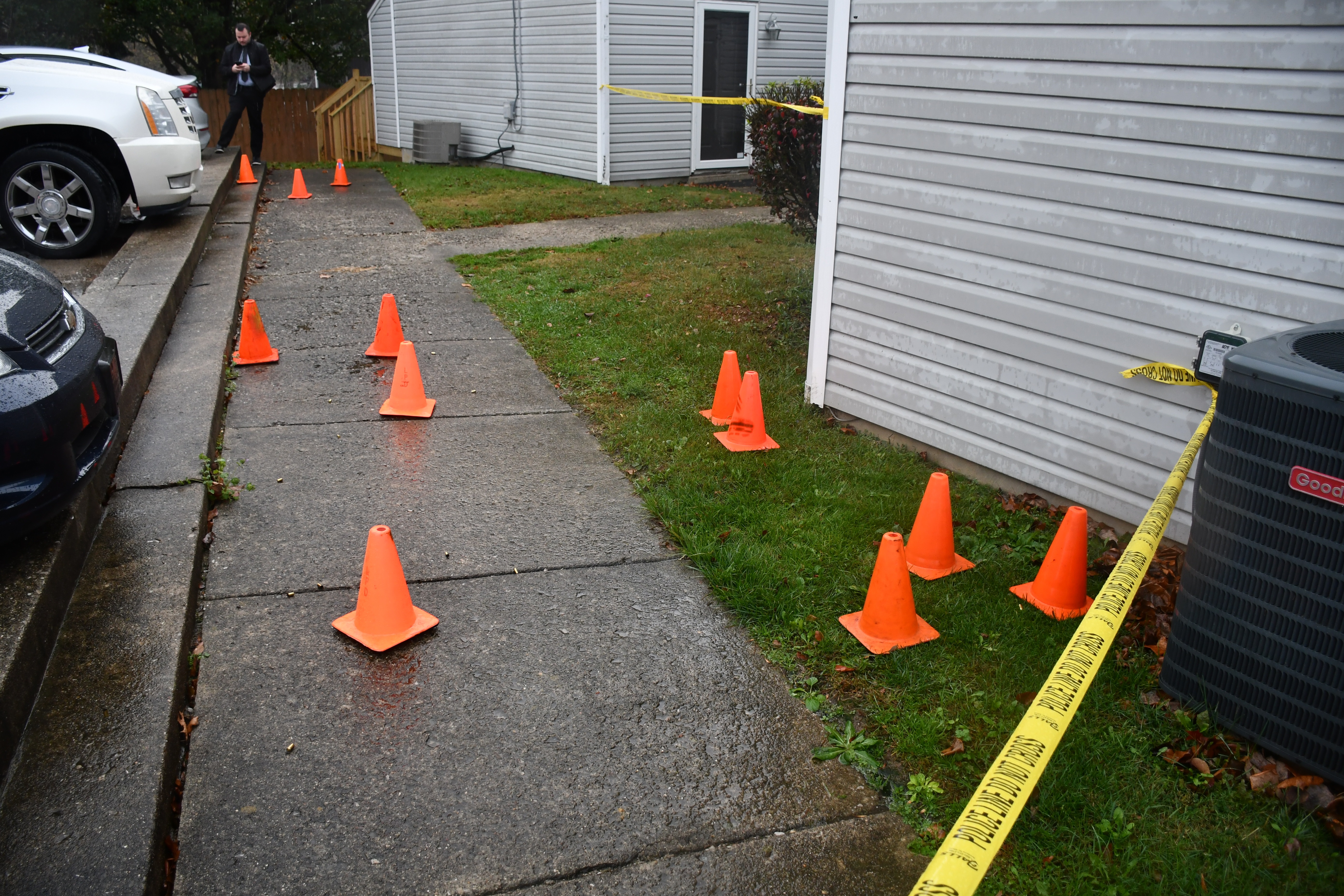 The Lexington Police department is investigating a theft that occurred at Almaza Jewelry Store. Two suspects enter the store and break open cases and remove jewelry valued at an estimated $2000,000. 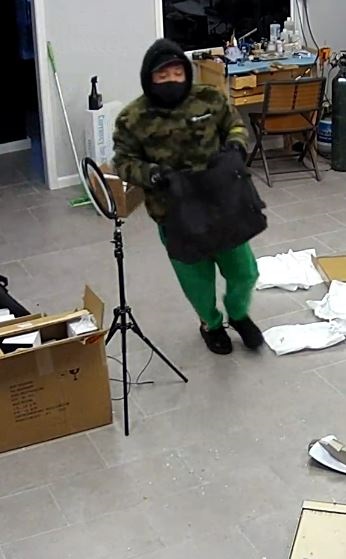 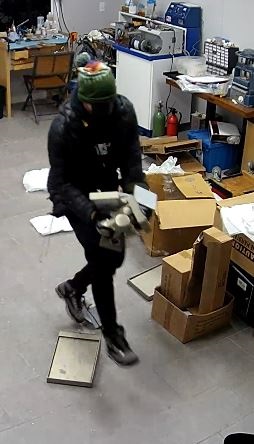 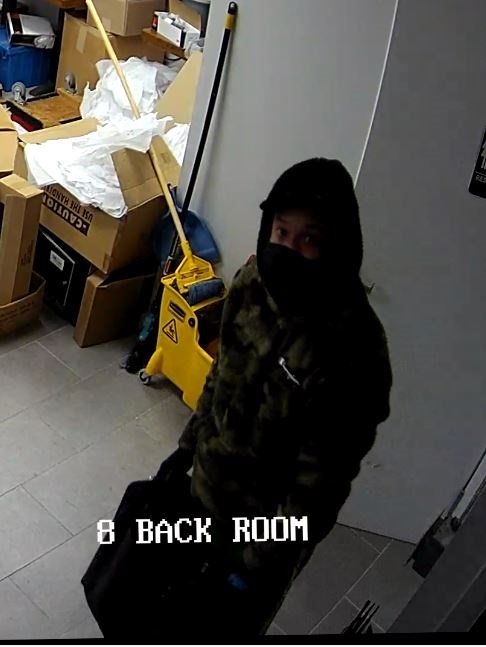 The Lexington Police Department is investigating an Assault 1st that occurred in the 100 block of N. Locust. The victim was located by responding officers suffering from multiple gunshot wounds. He was transported to the University of Kentucky Hospital. 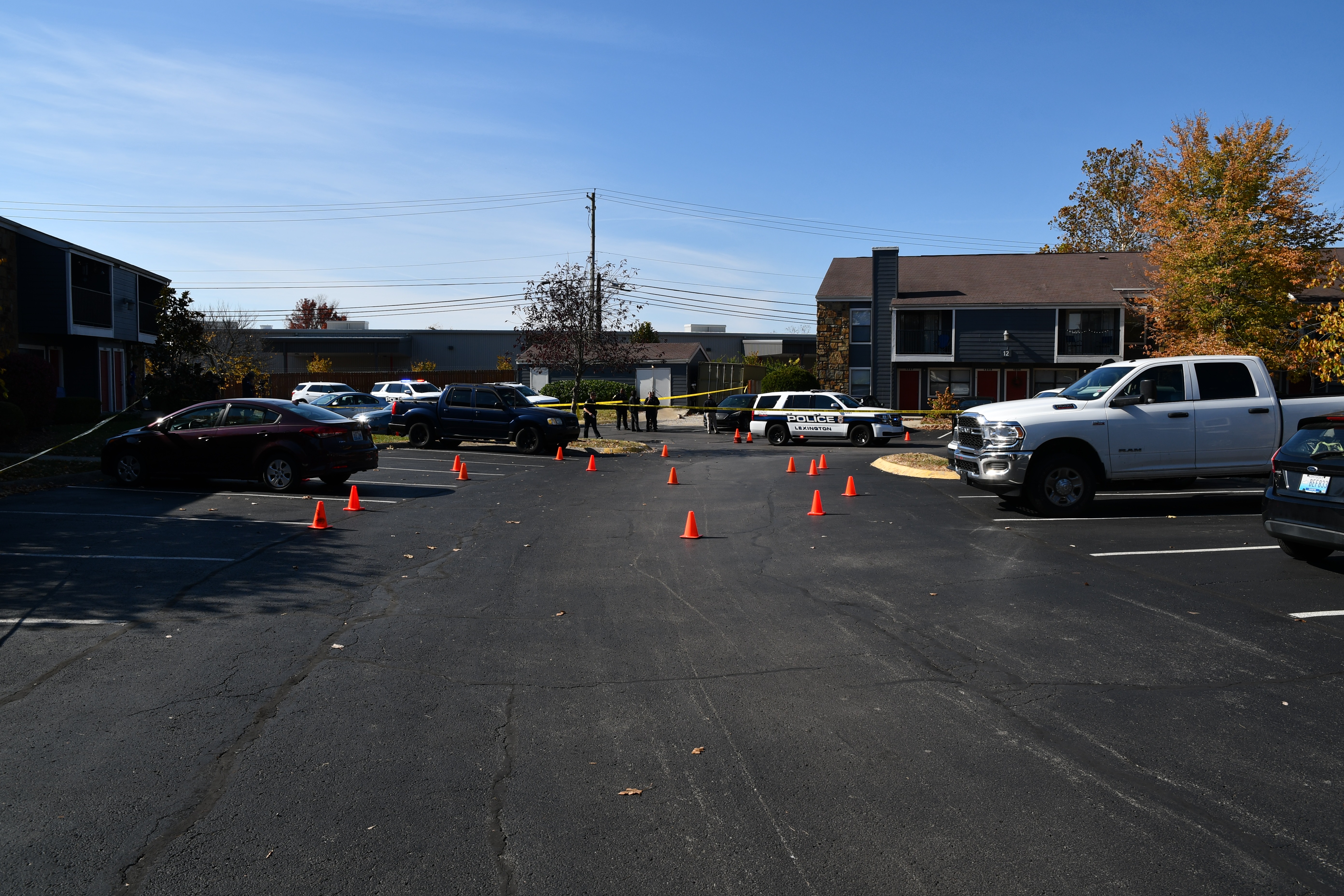 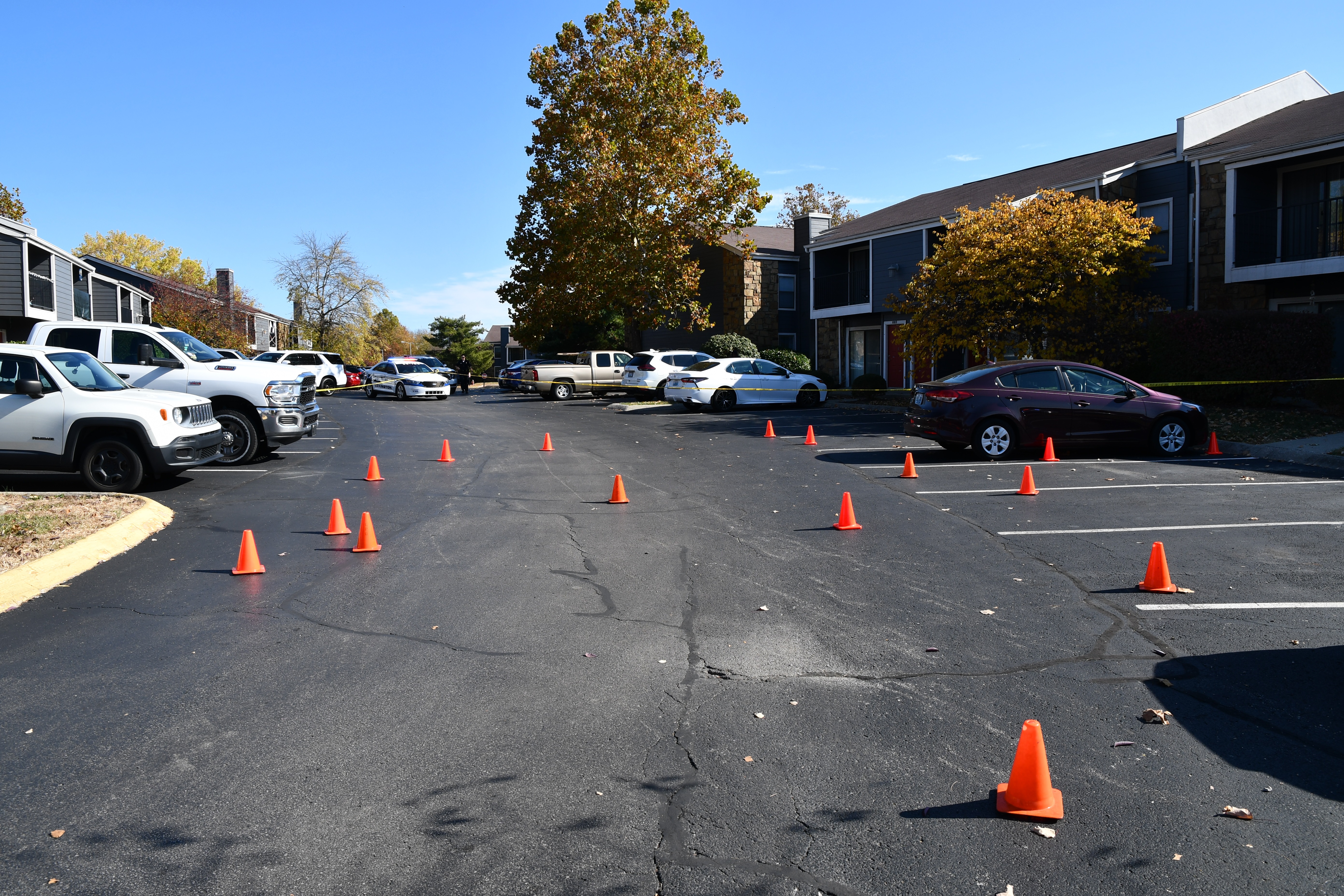 The Lexington Police Department is investigating Criminal Mischief 1st as well as a felony theft at a commercial building. The suspect punctured the gas tank of a vehicle causing $2,200 worth of damages and then unlawfully removed $2,425 worth of tools that where being used to renovate the building. 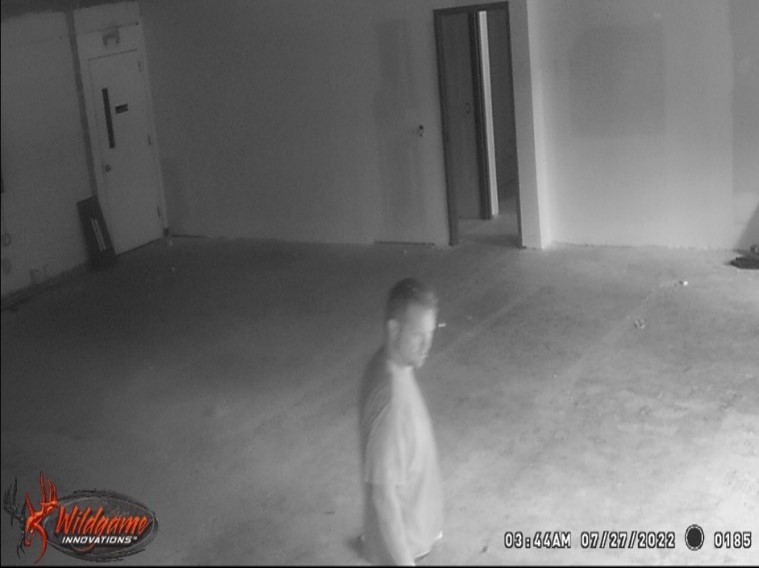 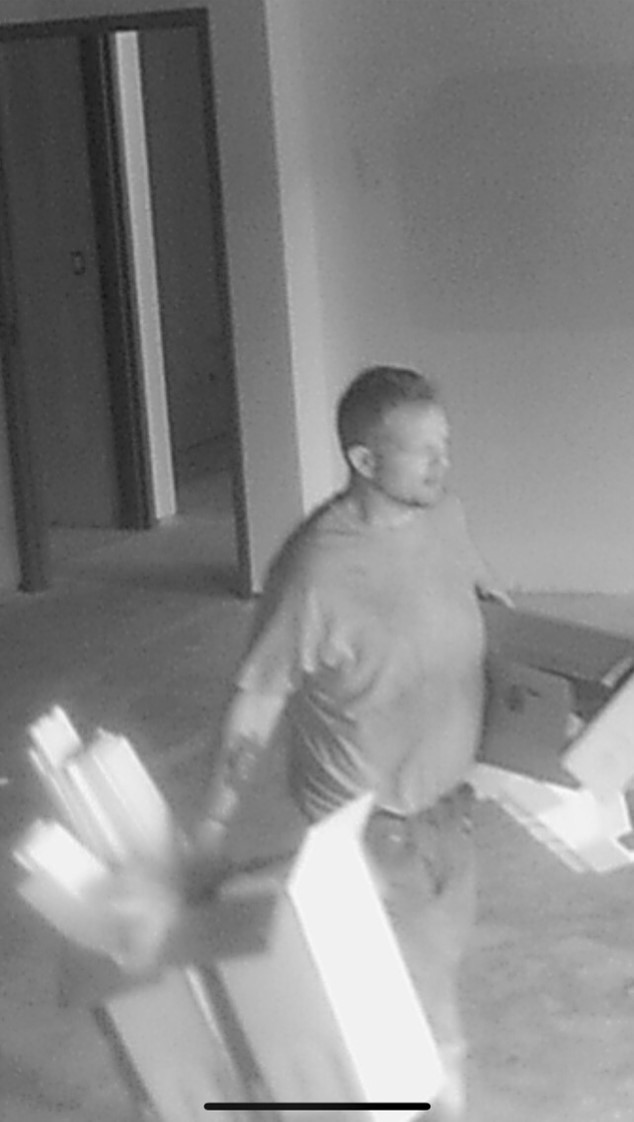 The Lexington Police Department is investigating a murder that occurred on 12/30/2021 in the 300 block of Betsy Lane. The juvenile victim was located suffering from a gunshot wound. He was transported to the hospital where he succumbed to his wounds. 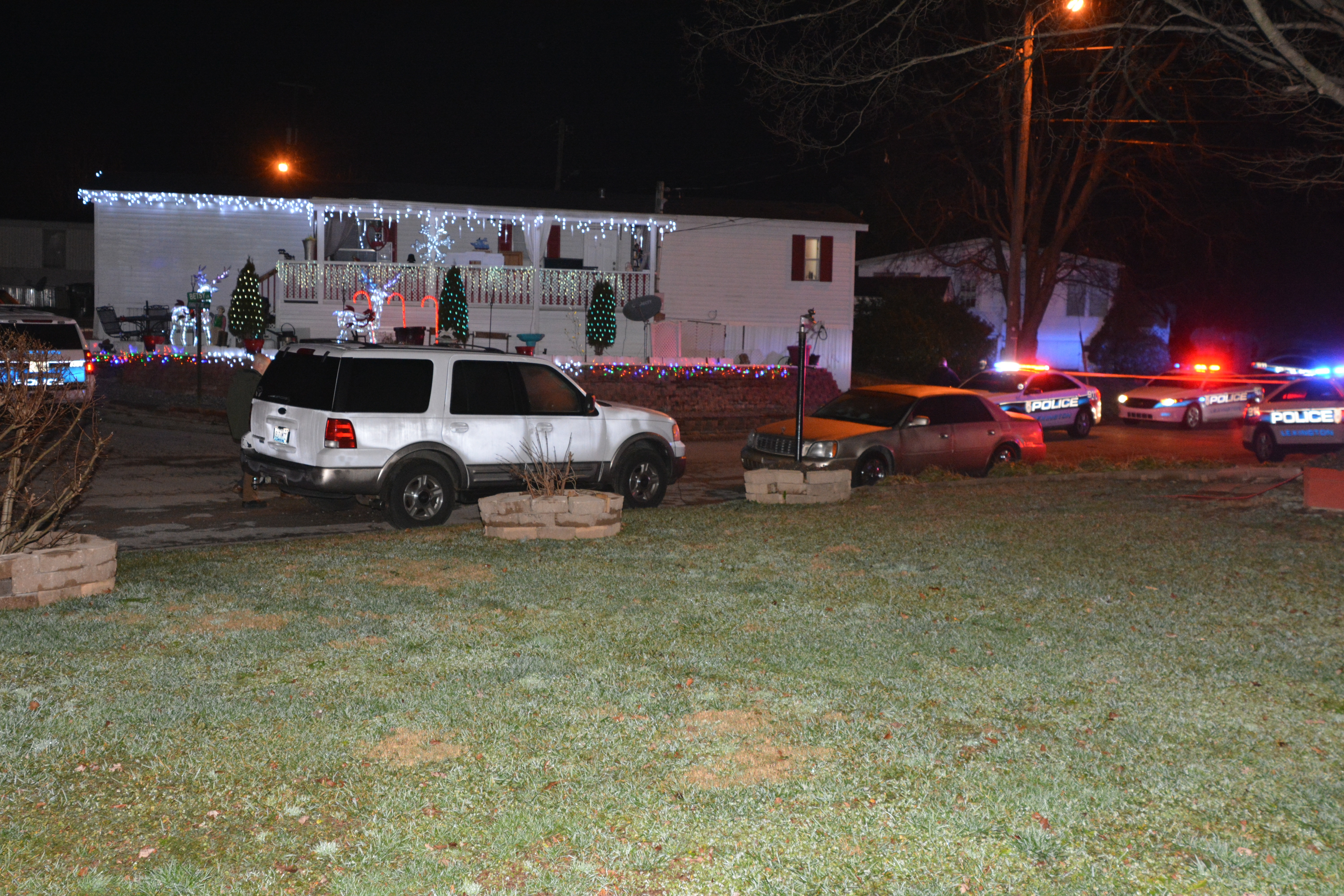 STATUS: OPEN
On October 1, 2022 the Lexington Police department responded to  PNC bank at 280 W. New Circle for a robbery. The suspect entered the bank and passed the teller a note demanding money and advising he had a firearm. The teller complied and the suspect fled on foot. 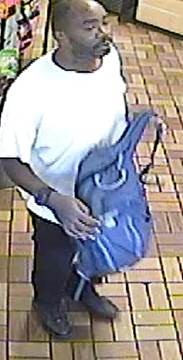 At 4:16 p.m., Tuesday, May 24, 2022, officers responded to the 400 block of Locust Avenue for a report of subject that had been shot. When officers arrived, they located a 29-year-old male victim suffering from a gunshot wound. The victim was pronounced deceased at the scene and was identified by the Fayette County Coroner as Malcom Long. 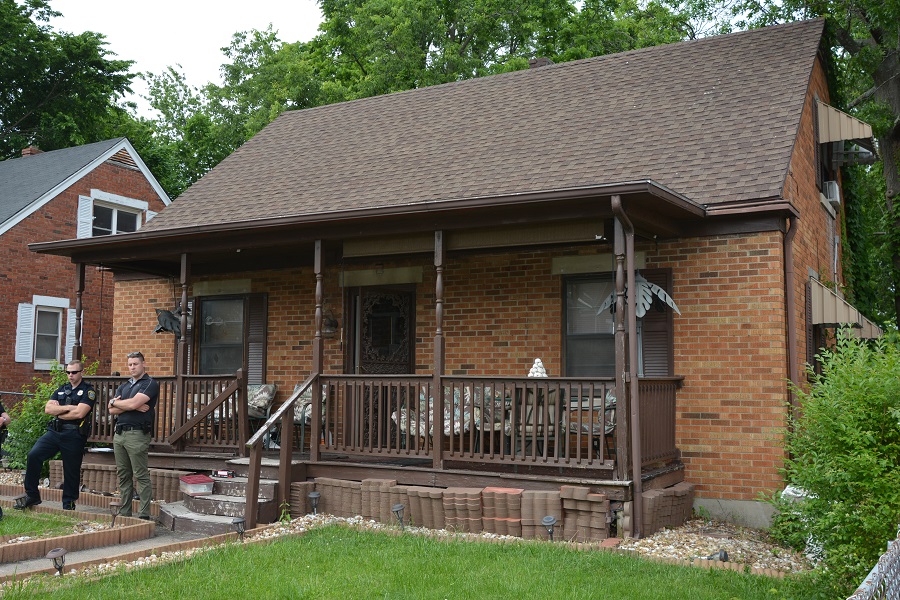 At around 2:08 p.m., Saturday, June 4, 2022, officers responded to a call for assistance from the Fayette County Sheriff’s Office for a shooting that occurred. When officers arrived at the Unity Worship Center on Haggard Court they located a male and female victim suffering from gunshot wounds. Fayette County Sheriff Deputies rendered first aid until paramedics arrived. 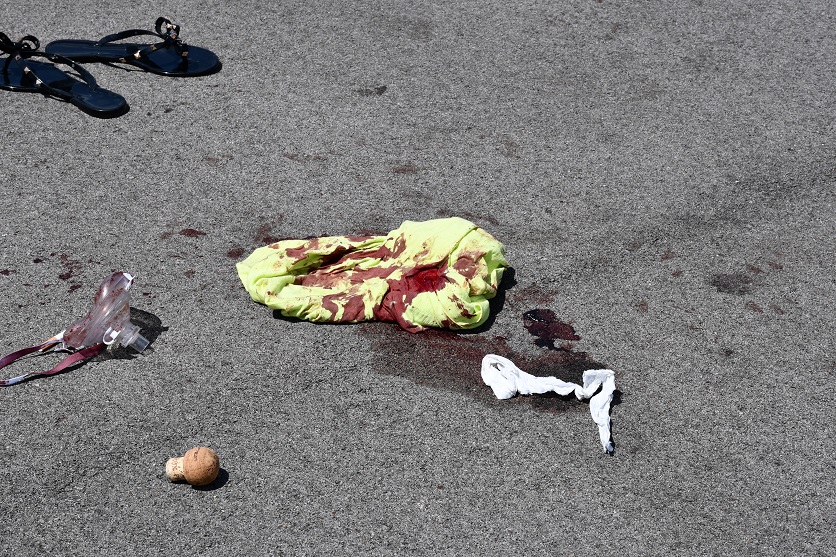 On Monday, May 29th a white male entered an apartment complex in the 2000 block of Wintergarden Drive.  The individual knocked on several doors before taking a package that had been delivered for one of the residents.

On Thursday, June 16th at approximately 3:45pm a male black subject entered the Kay Jewelers store at the Fayette Mall.  The subject indicated he was interested in purchasing a specific type of jewelry and an employee removed that jewelry out of the jewelry case and laid it on the counter.  The subject then grabbed the jewelry and fled the store without paying for it.  The value of the jewelry was several thousand dollars. 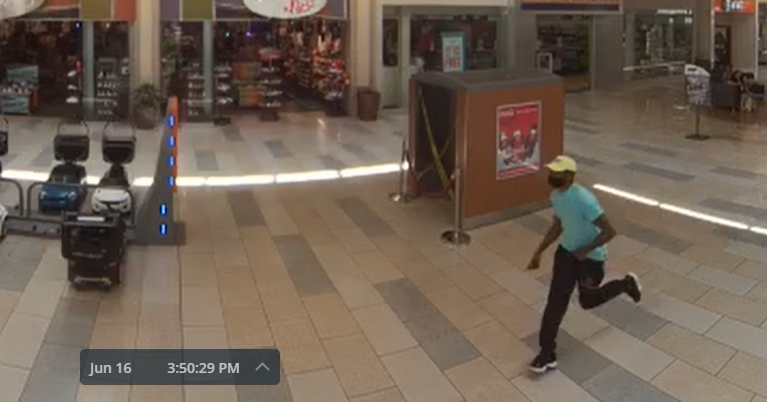 At around 5:57  p.m., Tuesday, May 17, 2022, officers responded to the 400 block of East New Circle Road, near the intersection of Meadow Lane,  for a report of shots fired. When officers arrived, they located male victim suffering from gunshot wounds. The victim was transported to a local hospital, where he was pronounced deceased a short time later.

The Fayette County Coroner identified Eric Boone, 42, as the man killed in the shooting. 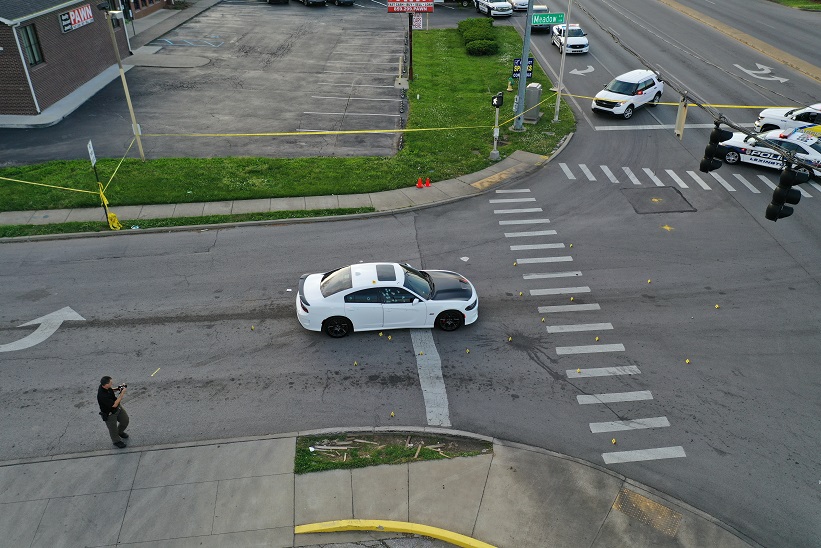 At around 1:16 a.m., Saturday, May 7, 2022, officers responded to the area of Green Acres Park in the 1000 block of LaSalle Road for a call of shots fired. When officers arrived, they located two victims suffering from gunshot wounds. The victims, a 49-year-old male named James Henry Bost Jr and a 20-year-old female named Amaya Victoria Taylor-Sandifer, were pronounced deceased at the scene by the Fayette County Coroner. 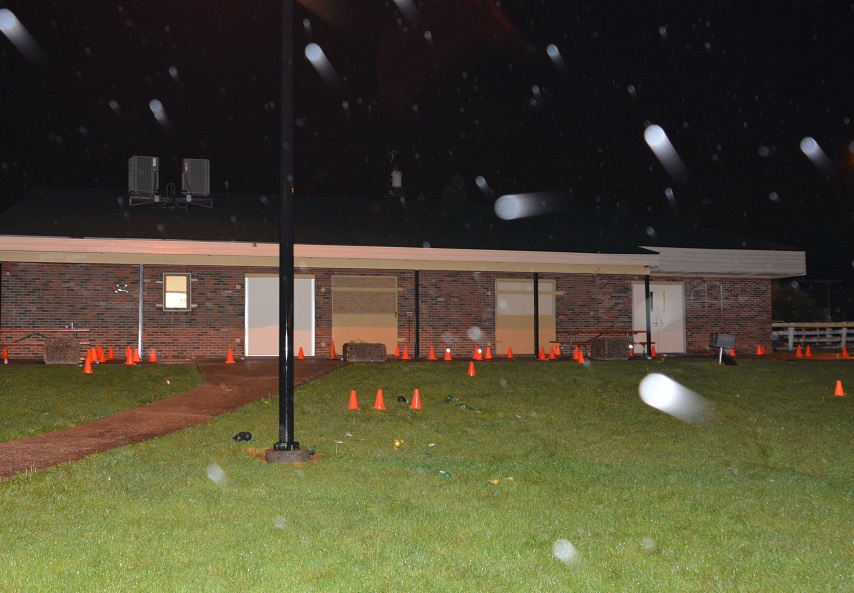