If you have any information about these crimes or any person(s) involved, you are urged to call Crime Stoppers at 859-253-2020 or submit a Web Tip .  You do not have to give your name.  CRIME STOPPERS will pay a cash reward of up to $1000 and you can remain anonymous.

In the early morning hours of Monday, February 15th several media stations reported vandalism to their businesses.  Every single station was able to provide some type of video evidence and/or still images of the incident.  Video surveillance captured a male white suspect spray painting words and phrase in blue paint on the front of the media stations and in some cases, work vehicles.  The suspect is believed to have been driving a silver, newer model SUV. 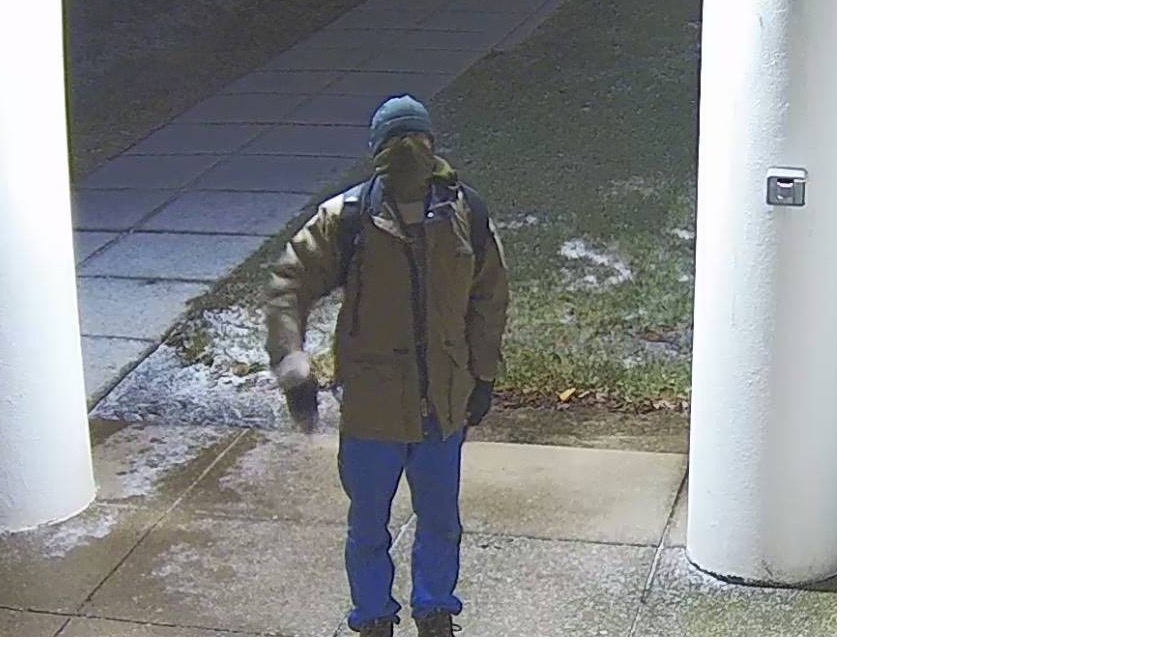 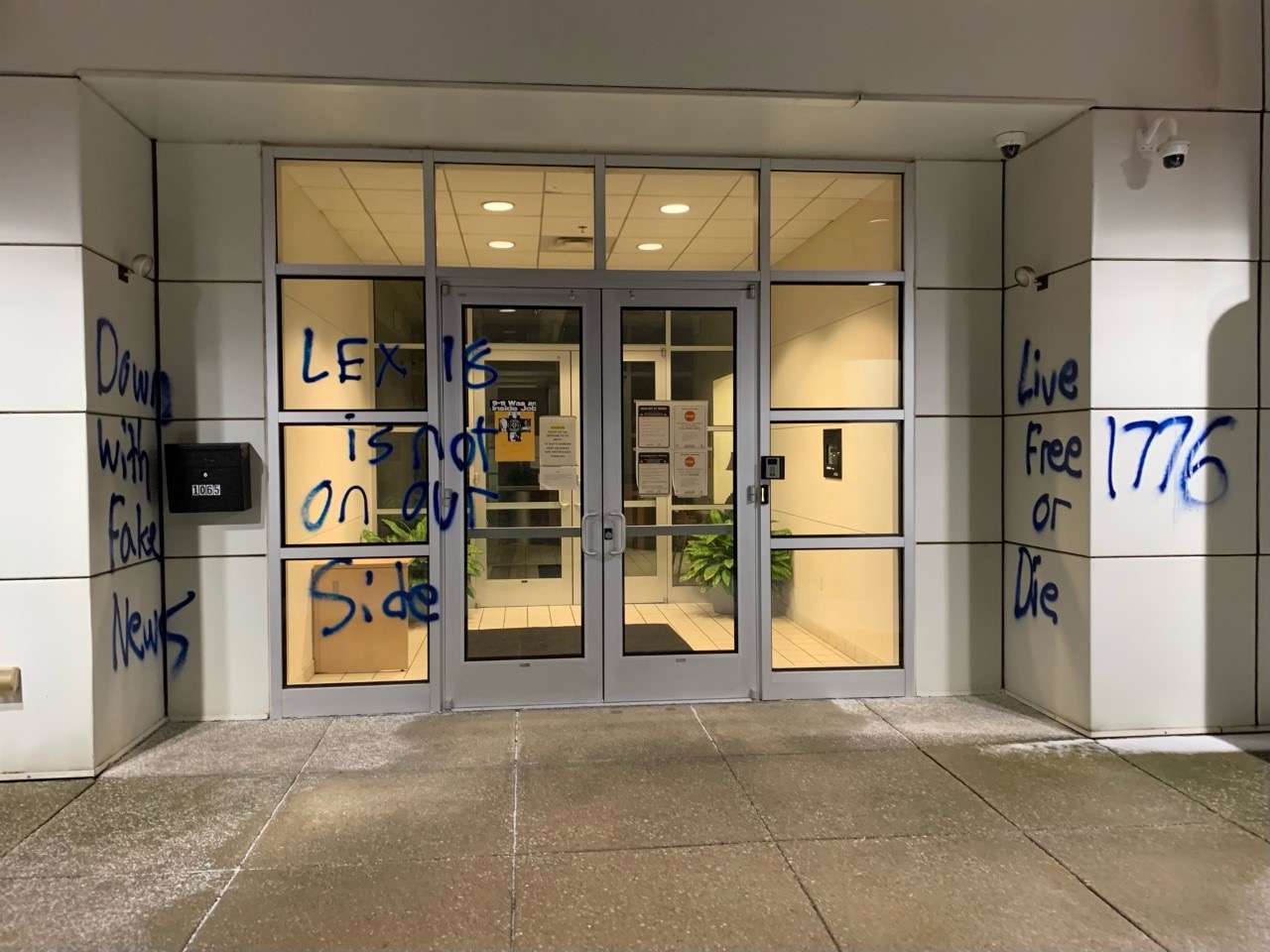 In January, multiple businesses in Fayette County reported incidents of their vehicle’s catalytic converters being cut off. An older male white suspect driving a white Chevy Silverado with black paneling was observed on surveillance. One incident the suspect was confronted, and he fled in his vehicle. While fleeing, the suspect struck a parked vehicle, causing front end damage to his driver side. 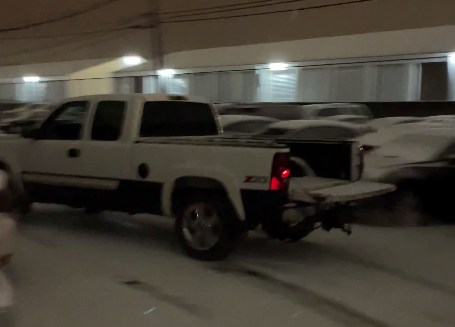 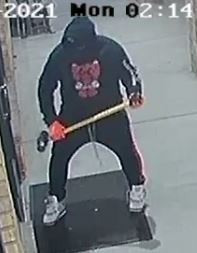 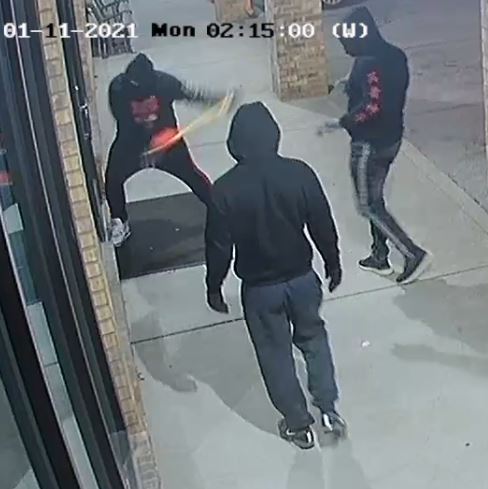 On Thursday, November 12th, in the late afternoon hours the below suspect entered the BP gas station on N. Broadway armed with a rifle and demanded cash from the clerk.  The suspect initially fled the area on foot but shortly returned to a vehicle parked close by.  The suspect vehicle was a white Buick Lacrosse bearing a temp tag.  The suspect drove outbound on N. Broadway and was last seen turning onto an adjacent side street. 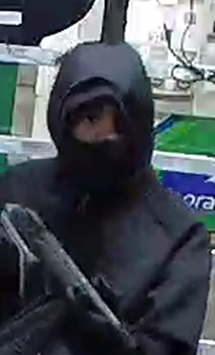 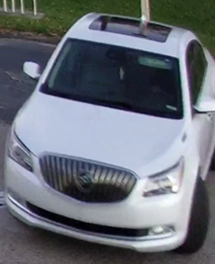 On Tuesday, December 21st, an unknown suspect entered an apartment complex on Dalton Court around 9:00am.  He walked into the hallway and removed a packed from the front door that had been placed there by the postal service.  The suspect took the package, removed its contents and discarded the box in the laundry room.  The suspect appears to be a male white but his identity is unknown.  Can you help us identify him? 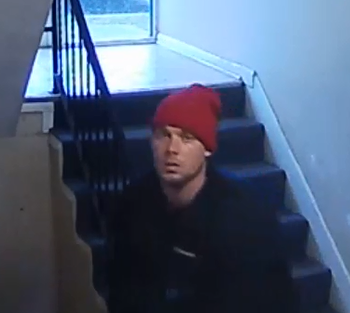 On Monday, 12-21-2020, around 2:00am, Lexington Police received a report of shots fired into a residence on Catera Trace.  A mother and her 5 year old son were struck by gunfire, with the 5 year old victim sustaining life-threatening injuries. Both victims were transported to a local hospital where they received emergency medical treatment. The youngest child in the residence, a 3 year old, was not injured. 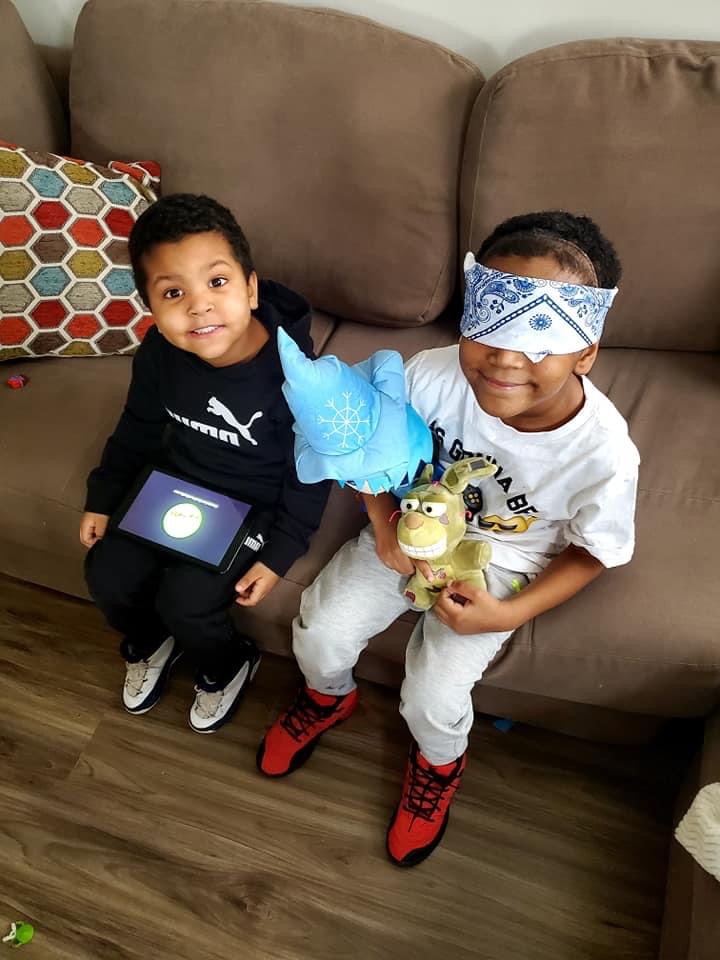 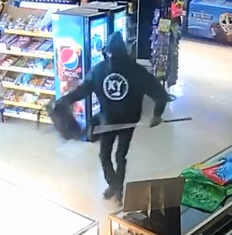 On Wednesday, December 2nd, during the early hours there were two separate incidents in Lexington where stand alone ATM’s were removed using stolen vehicles.  The first incident occurred at an ATM on Walden Avenue and the second incident occurred on Southland Drive.  The four suspects appear to be in their 20’s or 30’s. 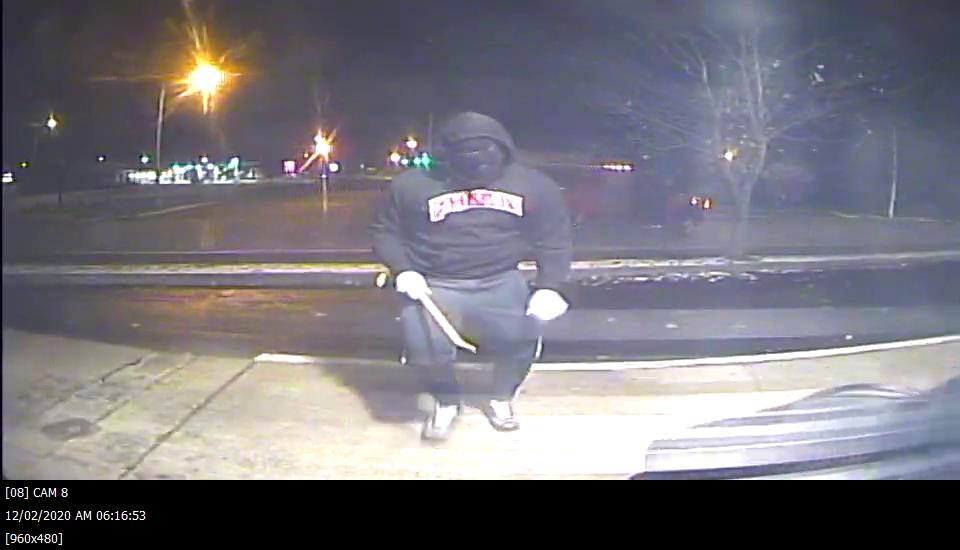 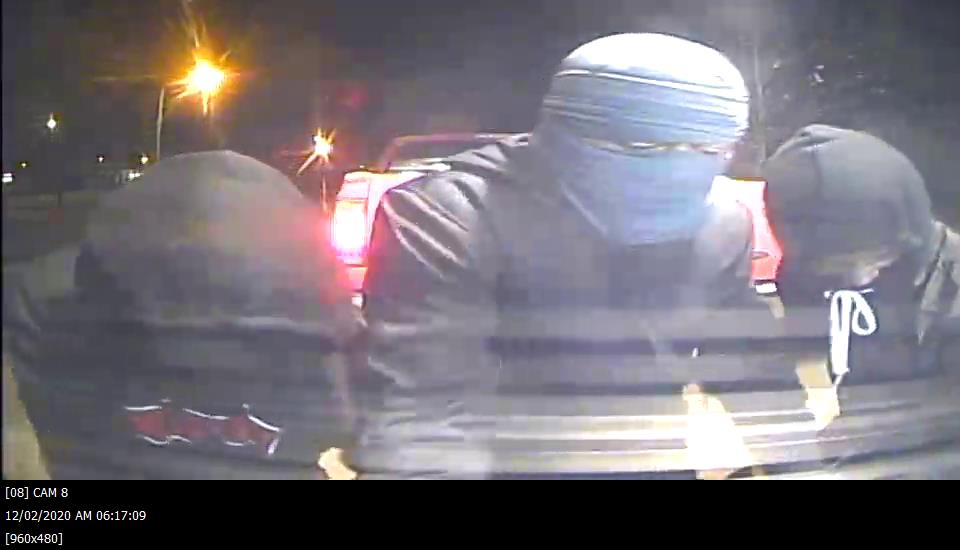 On Sunday, October 25th a business in the 1100 block of Winchester Road fell victim to a theft of thousands of dollars worth of power tools.  Numerous individuals were caught on camera going back and forth from the business all day long.  The suspects cut through a fence on the property and used shopping carts to load up with chainsaws and blowers from the business. While some of the suspects have been identified, several have not. Can you help us identify any of these individuals? 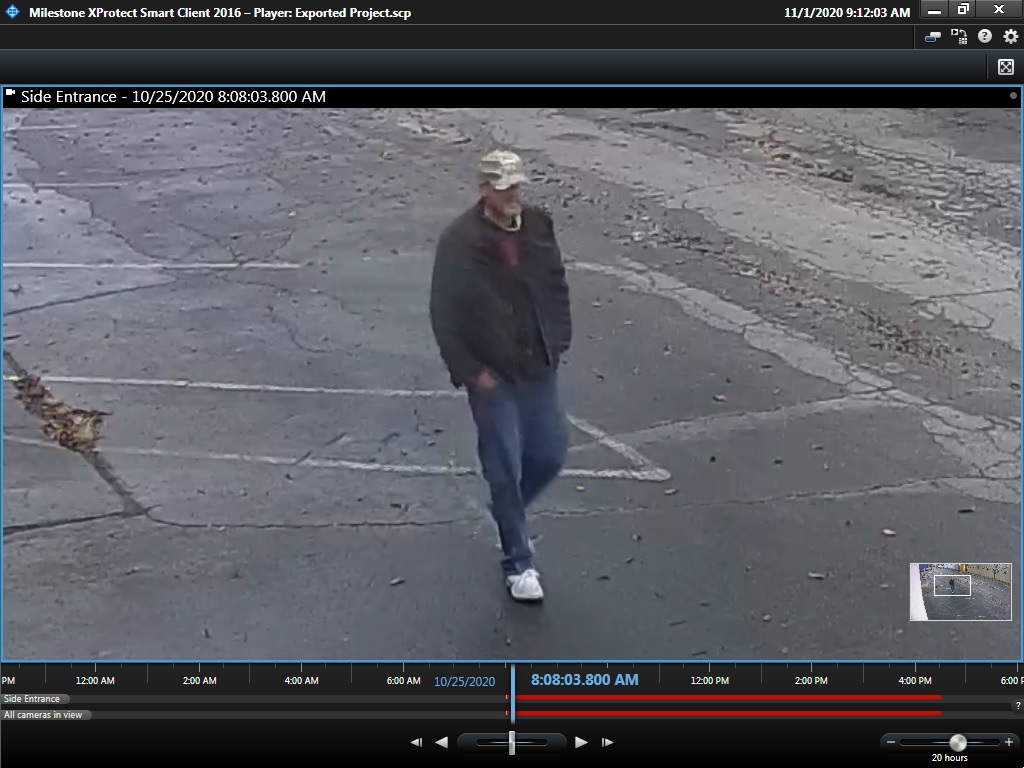 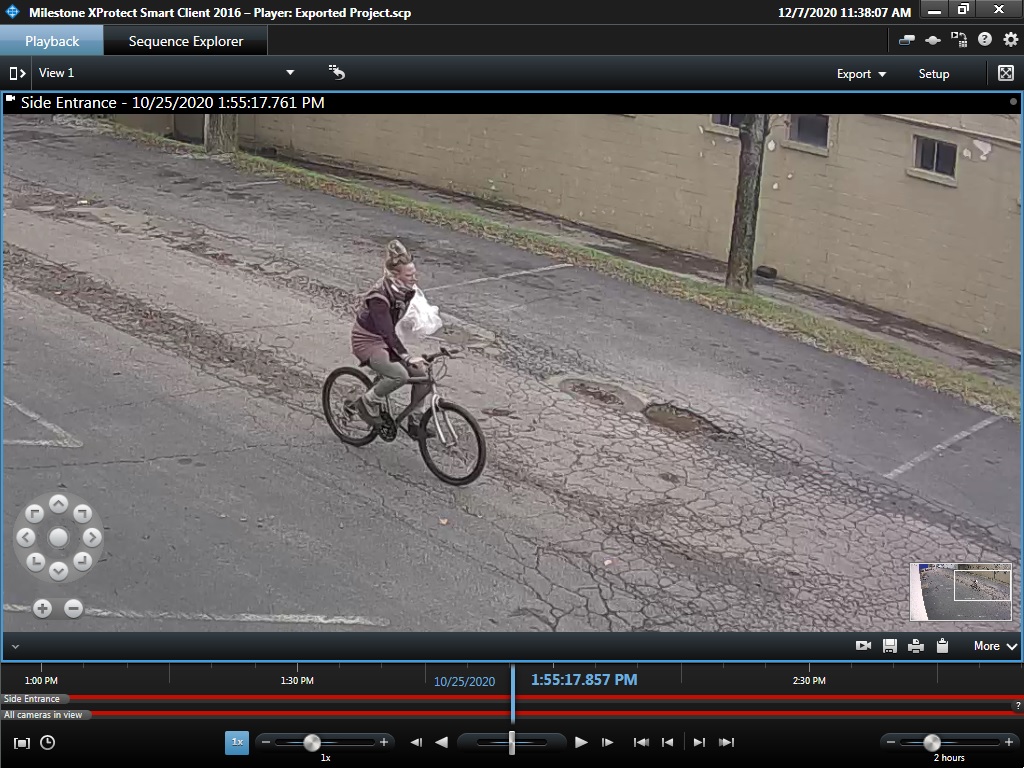 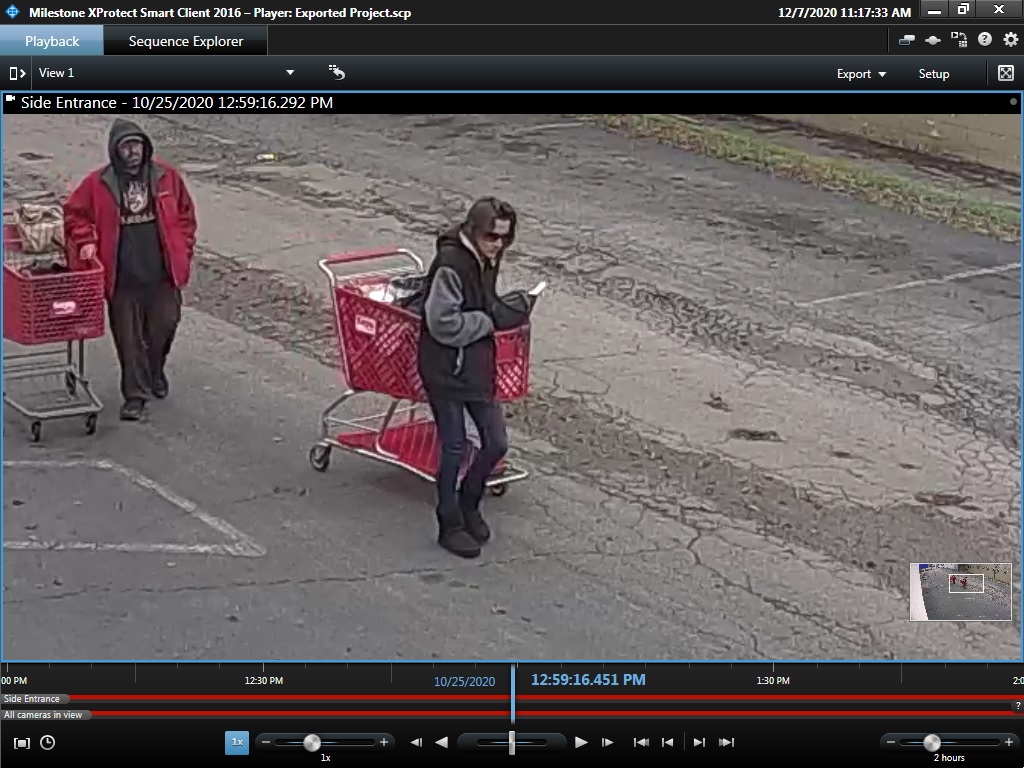 On Saturday, November 28th the Lexington Police Department was dispatched to a home on Santa Anita Drive. The homeowner advised sometime overnight two unknown suspect unlawfully entered his home while everyone was still asleep.  The suspects stole a purse and the victim’s vehicle.  The victim’s vehicle was recovered unoccupied the next day.  The homeowners had active cameras inside the residence that captured the suspects moving throughout their home.  If you can identify the suspects or know who may have committed this crime please contact Crime Stoppers anonymously below! 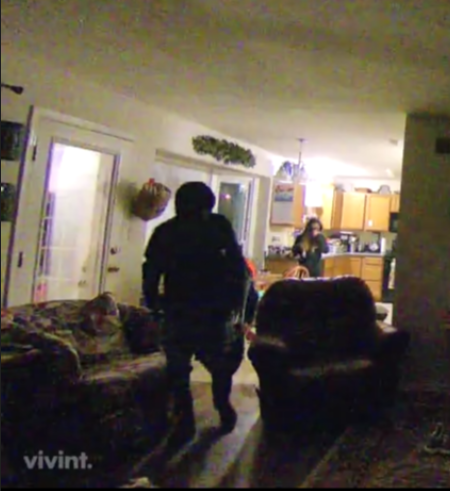 Shawn Glover is a missing person from Powell County.  He was last seen at the Clay City Inn on September 27th of 2019.  Shawn is a white male and stands at 5’11” and weighs approximately 140 pounds.  He has sandy brown hair and brown eyes.  If you have seen Shawn or know where he may be please contact your local law enforcement immediately.  See below how to contact Crime Stoppers anonymously.  We need the public’s help! 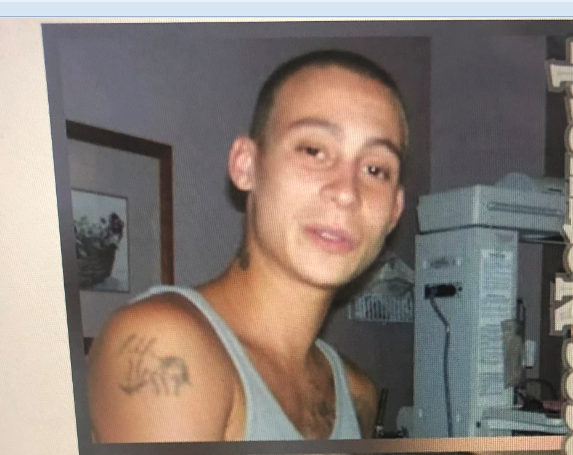 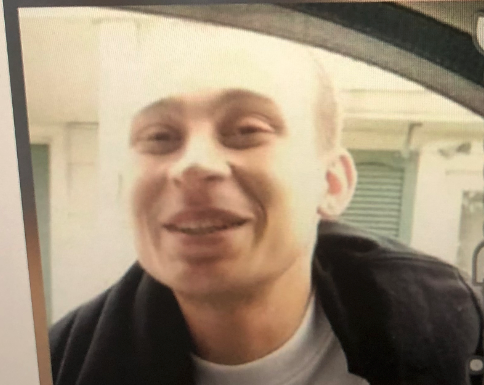 On Thursday, October 8, the Lexington Police Department was dispatched to the 400 block of Marquis Avenue for a report of multiple business burglaries.  The owners reported break-ins overnight.  Numerous items were stolen including debit/credit cards.  These stolen cards were used shortly after at a local grocery store in Lexington.  Several weeks later they were unlawfully used again at another store in Lexington.  Several pictures of the suspect were caught on camera. 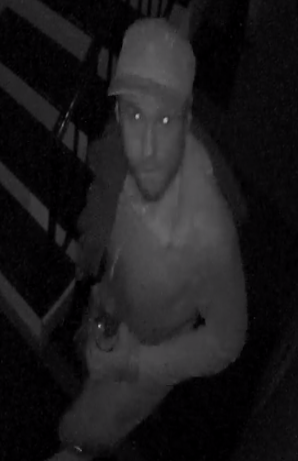 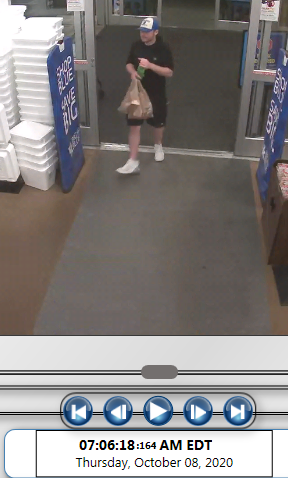 On Saturday, November 7, 2020, an Officer with the Lexington Police Department heard shots fired in the 700 block of North Broadway.  Upon arrival he observed three individuals running from the area.  A white or silver 4 door passenger car had driven past and fired multiple shots out of the vehicle.  No injuries were reported but a nearby business did sustain minor damage.  If you have any knowledge of this crime please contact Bluegrass Crime Stoppers. 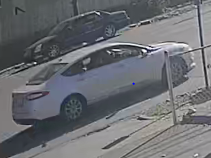 On Monday, November 16th, an unknown male white entered a business in the 100 block of East Main Street in Mt. Sterling, KY.  The subject produced a small firearm and demanded money from the employee.  The suspect fled with cash in a dark colored 4 door Toyota Corolla. 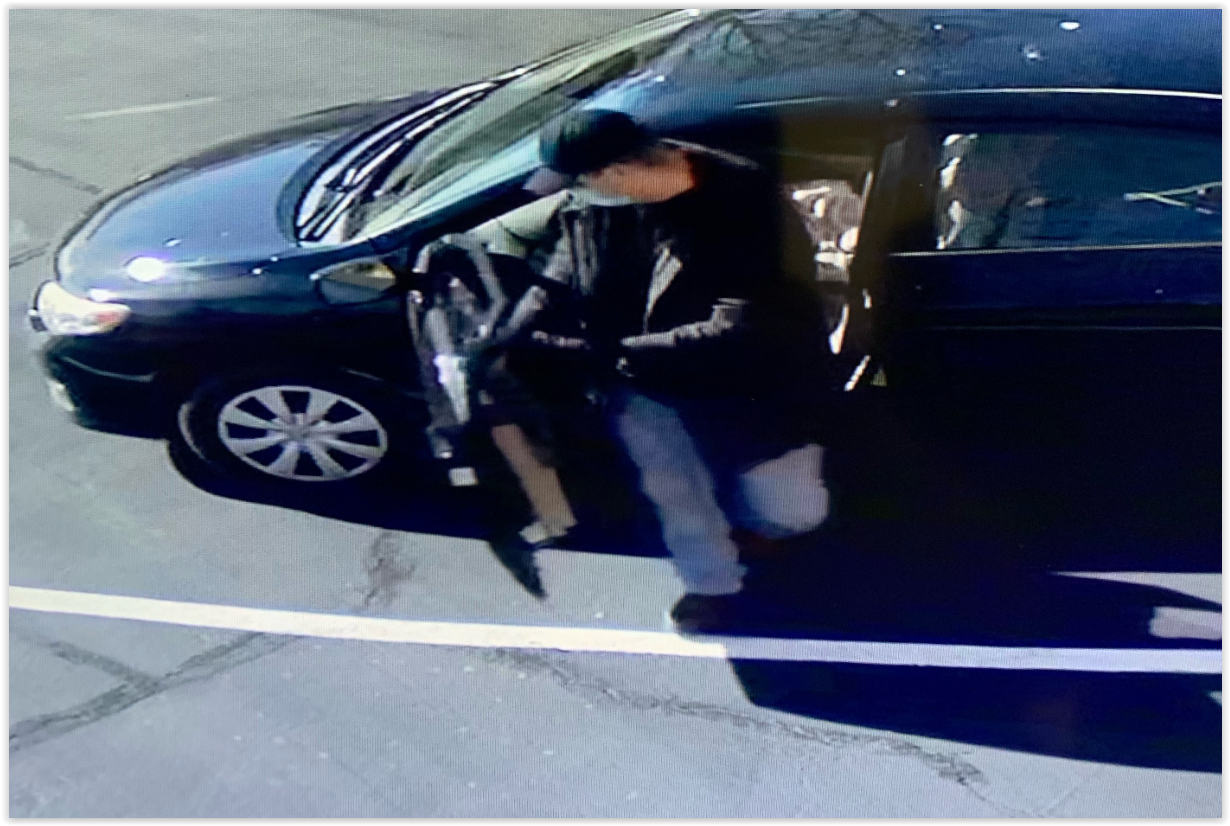 On Tuesday, October 20, Officers with the Lexington Police Department were dispatched to the 300 block of Henry Clay Boulevard for a theft report.  The victim stated the incident occurred in the early morning hours of Wednesday, September 30, but she could not make a report until a later date.  The suspect (s) broke into her van, stole multiple credit cards, then charged over $1000.  Suspects are pictured below purchasing items at a local store. 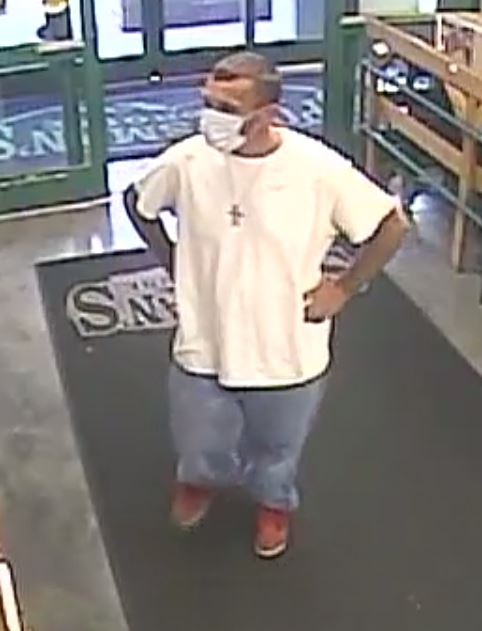 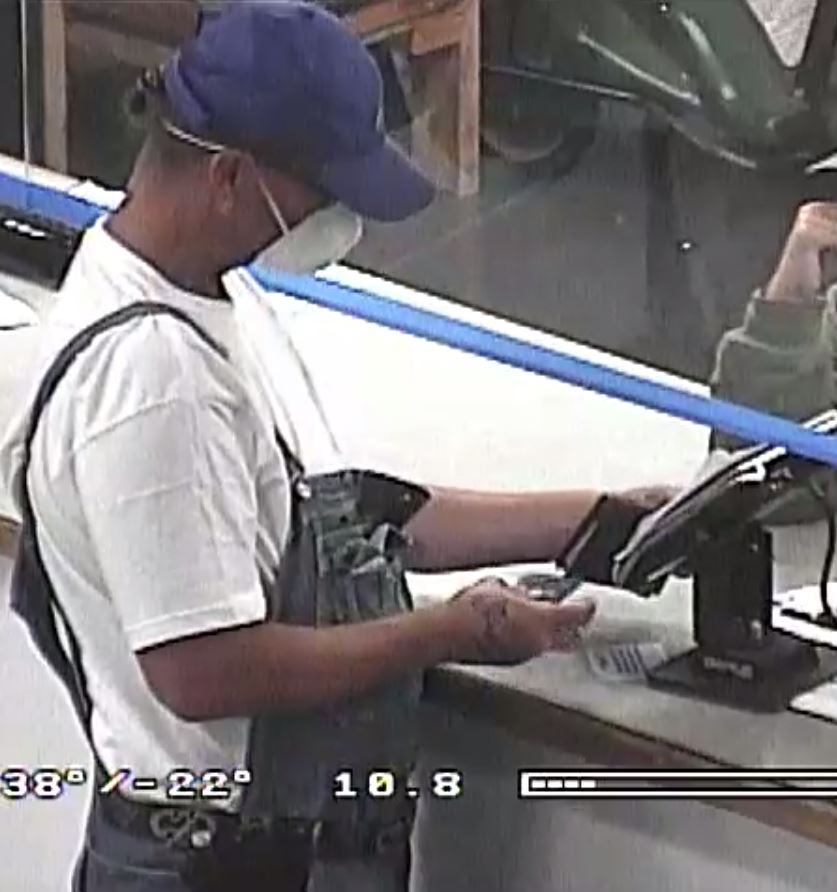 On Sunday, October 11th at approximately 1555 hours an individual broke into a vehicle that was parked at a business in the 1300 block of Russell Cave Road.  The victim’s vehicle doors were locked but the suspect used a rock the size of a volleyball to shatter the passenger side window.  The suspect then reached into the vehicle and stole the victim’s handgun which was lying on the seat.  The suspect is a male white, unknown age. 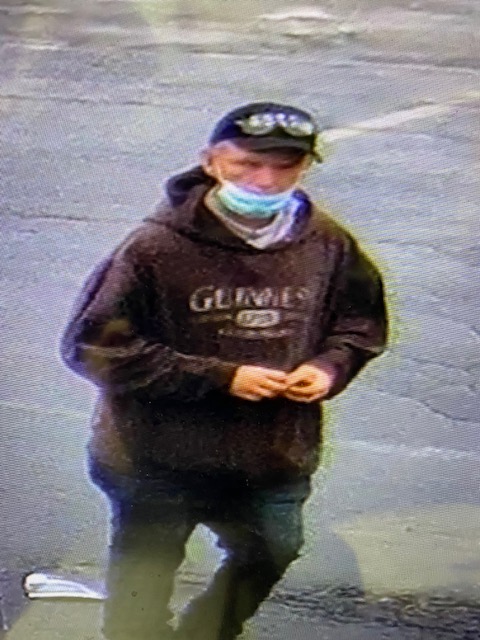 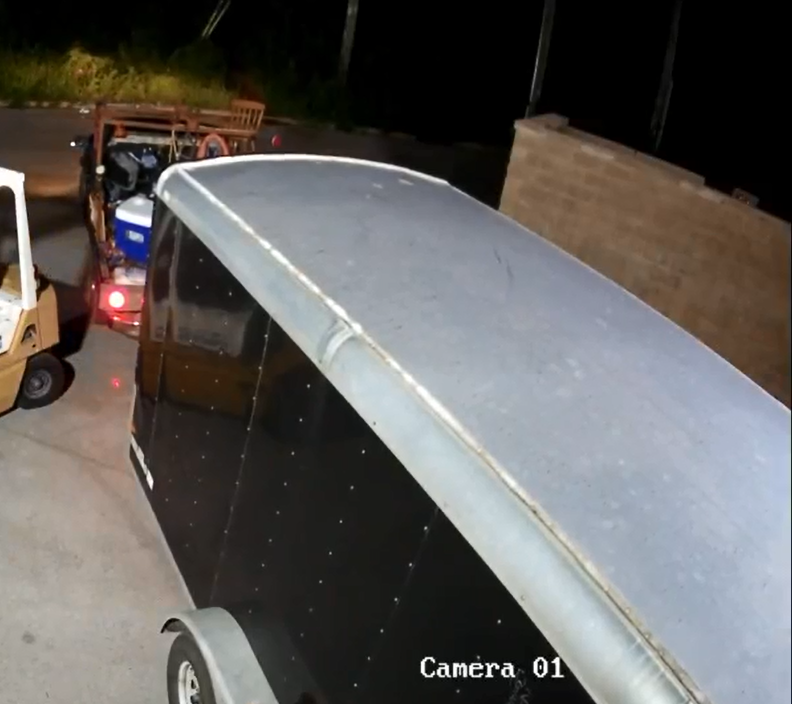 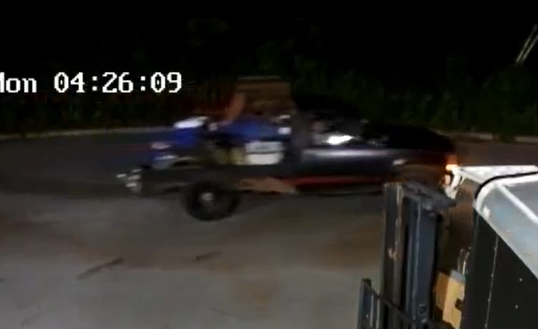 On Tuesday, August 25th, Carol Moore and an unknown male black suspect entered the victim’s residence on East Washington Street in Georgetown.  Both individuals stole several thousand dollars from the victim and then proceeded to assault him causing significant bruising to his face and fractured facial bones.  Warrants are currently out for Carol Moore but the identity of the male black suspect is unknown.  He is approximately 40-60 years of age.  If you have any knowledge of whom the additional suspect may be please contact Crime Stoppers using any of the options below. 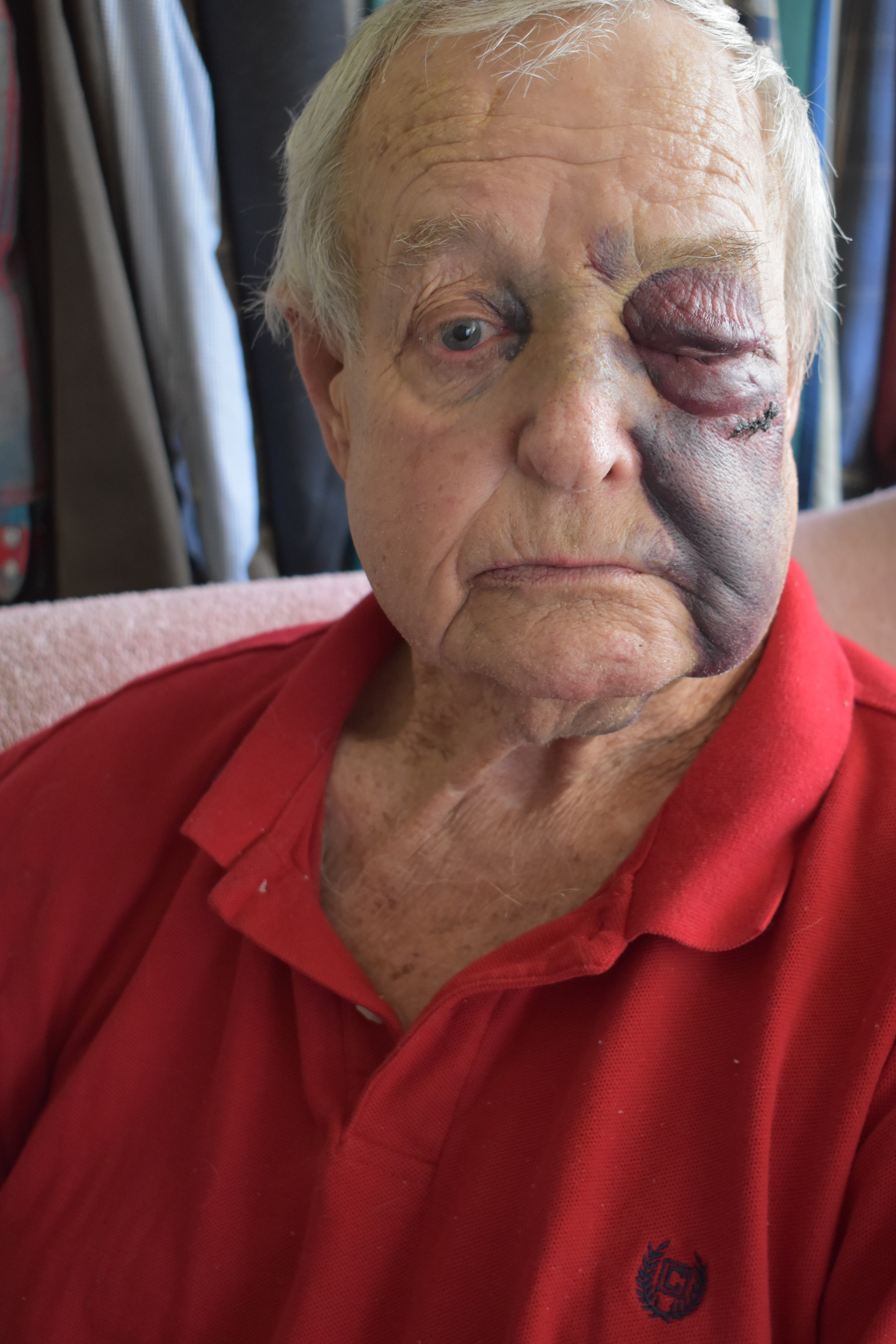 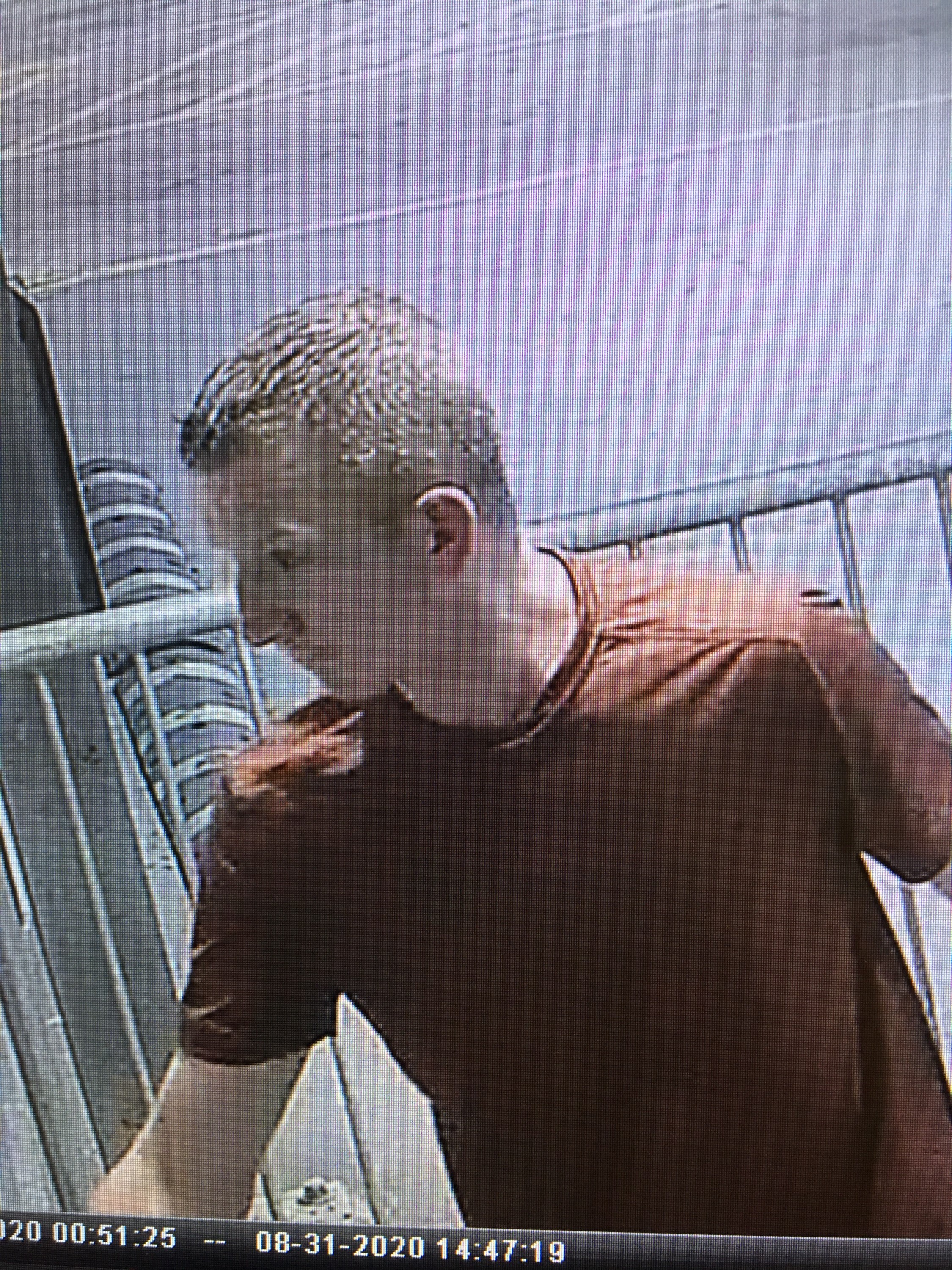 On September 23rd not long after 10:00pm an unknown suspect stole a large American flag flying from the flagpole at Cumberland Machinery Movers in Jessamine County.  The flag was 20 feet by 30 feet.  The suspect vehicle appears to be a light colored Subaru Outback. Detectives are seeking any information on this case. 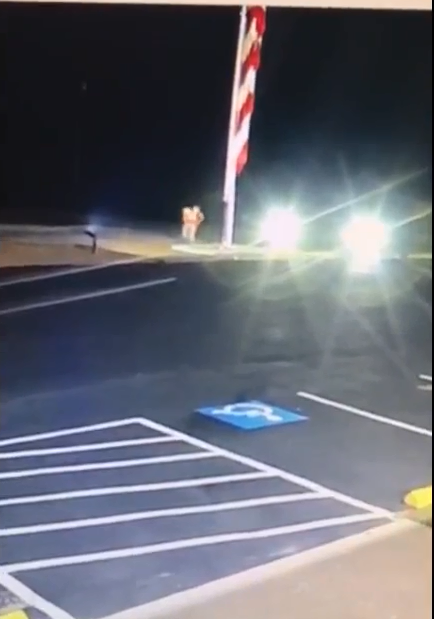